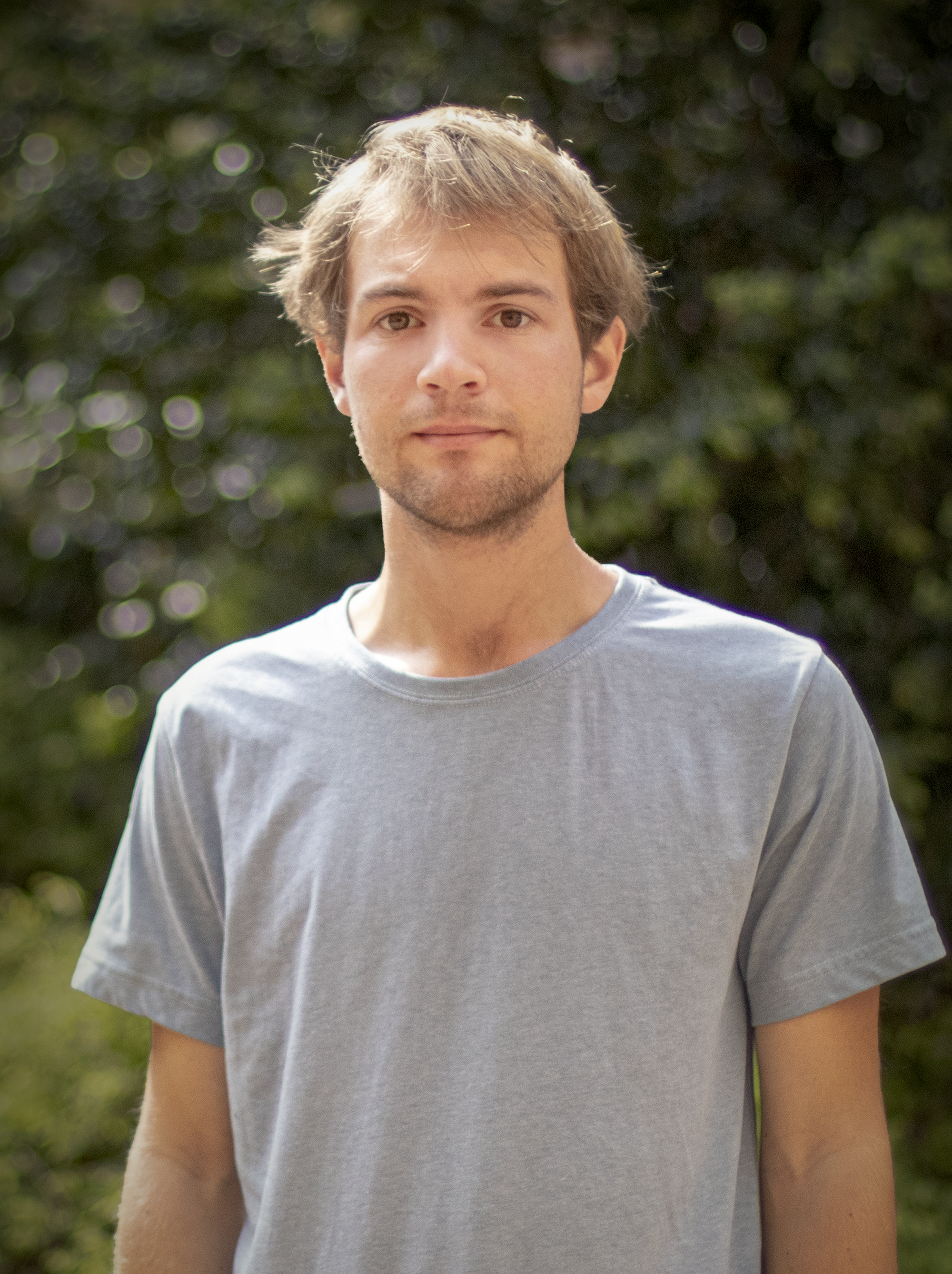 I am a PhD student at the Max-Planck-Institut für Mathematik in den Naturwissenschaften in Leipzig under the supervision of Prof. Bernd Sturmfels. I usually work in between the areas of geometric group theory, geometric topology, and metric geometry. I am particularly interested in modern classical geometry (for instance as studied by Coxeter and Thurston) and relationships with other branches of mathematics (knot theory, number theory, algebraic geometry, ...).

A polished black sedan was a good subject, especially if parked at the intersection of a tree-bordered street and one of those heavyish spring skies whose bloated grey clouds and amoeba-shaped blotches of blue seem more physical than the reticent elms and evasive pavement. Now break the body of the car into separate curves and panels; then put it together in terms of reflections. These will be different for each part: the top will display inverted trees with blurred branches growing like roots into a washily photographed sky, with a whalelike building swimming by--an architectural afterthought; one side of the hood will be coated with a band of rich celestial cobalt; a most delicate pattern of black twigs will be mirrored in the outside surface of the rear window; and a remarkable desert view, a distended horizon, with a remote house here and a lone tree there, will stretch along the bumper. (Nabokov, Pnin, Chapter 4, Section 5.)

Recently my work has looked at structures in algebraic geometry which capture 'knottedness' of 3-manifolds. In the process of doing this I produced this nice picture. Joint work is forthcoming in which this will be explained (and also some more interesting stuff will be done). 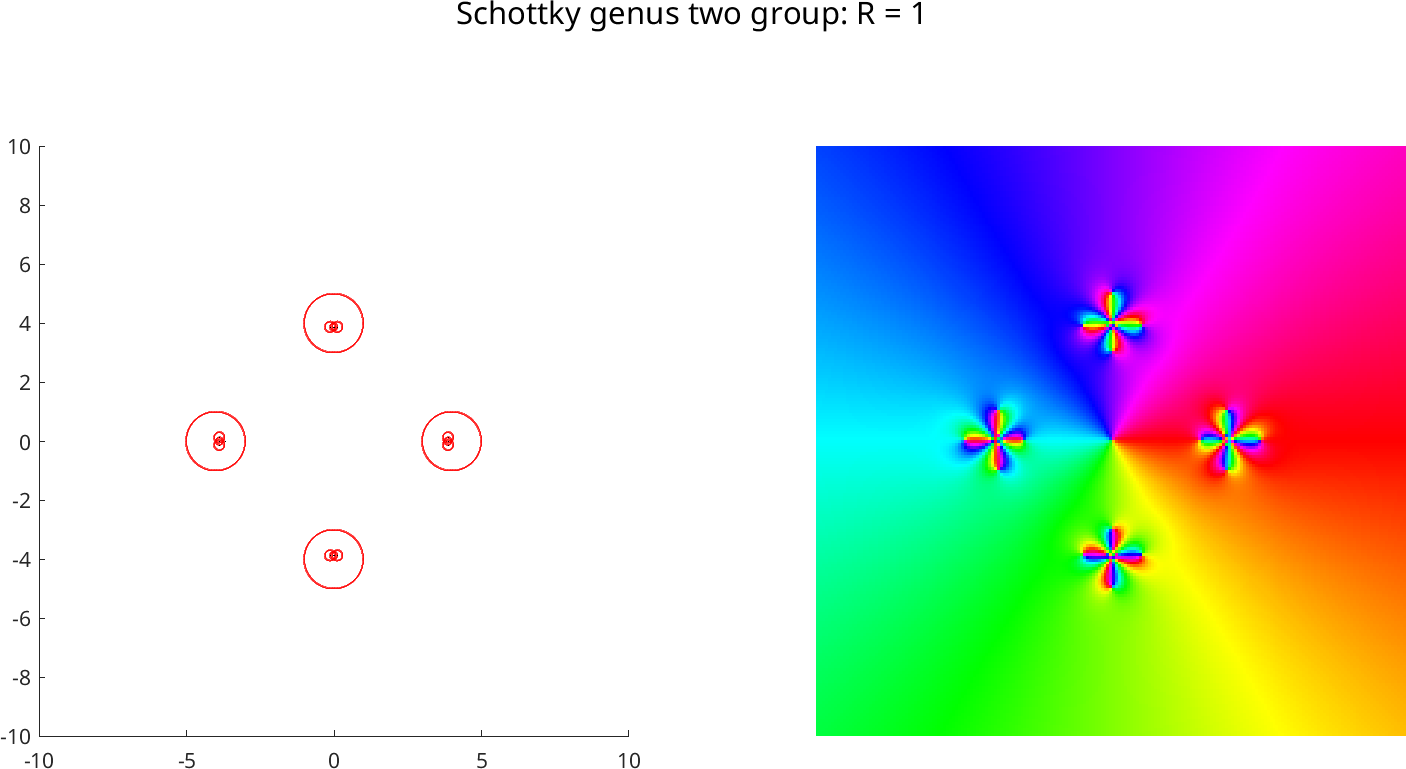 Here is my Curriculum Vitae.

Many of the things which I am interested in are very easy to start thinking about, even with no technical background. Some videos which I like include: Coxeter discusses the math behind Escher's circle limit (Harold Coxeter) Not Knot (The Geometry Center) Python for mathematical visualization (David Dumas) Mathematics as Metaphor (Curtis McMullen) Doodling in Math: Spirals, Fibonacci, and Being a Plant (Vi Hart) How to write mathematics badly (Jean-Pierre Serre) Non-Euclidean virtual reality (Vi Hart, Andrea Hawksley, Sabetta Matsumoto, and Henry Segerman) Every Strictly-Convex Deltahedron (Michael Stevens) The Suggestive Power of Pictures (Caroline Series) Knots Don't Cancel (John Conway) How to make mathematical candy (Jean-Luc Thiffeault) Maths Your Own Kaleidoscopic Shapes! (Matt Parker)

Here is a list of opinions about books. My books are catalogued on LibraryThing. I will update the bibliography that was here when I have time.

Recent talks I have given

Here is a list of talks I have given this year (2022). Older slides can be found below in their respective sections.

Apocrypha and ephemera on the boundaries of moduli space

Henry Moore: Bronze Form (1988). In situ, Wellington Botanic Garden ki Paekākā. I will teach a minicourse at UoA from 16 17--20 Jan 2023. The goal (which will not be achieved, but we will get some way towards it) is to explain the rough structure of the following equivalent objects: (i) the moduli space of Schottky groups; and (ii) the space of hyperbolic 3-manifolds with visual boundary a compact Riemann surface (handlebody). In the process we will learn some of the Birman theory of braid groups, some knot theory, some of the quasi-conformal deformation theory of Kleinian groups, and a lot of geometric topology. The only prerequisite is comfort thinking about quotients in metric spaces and some algebraic topology, but we will go fast and so you should expect to lose track of some details fairly quickly. To try to fix this I will also be handing out problem sheets (which will include some "basic" problems, some research level problems, and some computational problems). Each lecture should also be fairly self-contained. People who attended the graduate seminar/course I taught in Sem 1 of 2021 will find things easier but it is not necessary at all for you to have followed that. The talk in Nelson by Benson Farb is also very good preparation. 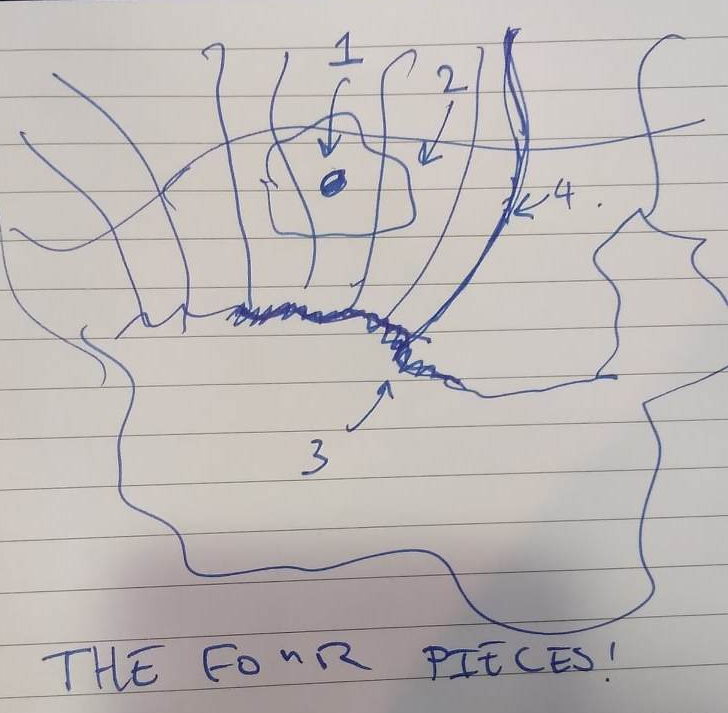 I anticipate 5 lectures, at 2PM every day in 303.257 (this schedule is only guaranteed for the first talk, I think some of the more enthusiastic people will want more time to discuss the ideas and so we will wing it as we go). The lectures will be:-

I have some rough notes but they are very incomplete and full of silly mistakes, and I will hand out more polished versions with different mistakes next week.

The length of this list is an indication of width not depth.

My Master of Science thesis was completed in 2021-22 in the Department of Mathematics at the University of Auckland, under the supervision of Dist. Prof. Gaven Martin (NZ Institute of Advanced Study, Massey University) and Dr. Jeroen Schillewaert.

Abstract. It has been known since at least the time of Poincaré that isometries of 3-dimensional hyperbolic space \( \mathbb{H}^3 \) can be represented by \( 2 \times 2\) matrices over the complex numbers: the matrices represent fractional linear transformations on the sphere at infinity, and hyperbolic space is rigid enough that every hyperbolic motion is determined by such an action at infinity. A discrete subgroup of \( \mathrm{PSL}(2,\mathbb{C}) \) is called a Kleinian group; the quotient of \( \mathbb{H}^3 \) by the action of such a group is an orbifold, and its boundary at infinity is a (possibly empty or disconnected) Riemann surface.

The Riley slice is the moduli space of Kleinian groups generated by a pair of parabolic elements which are free on those generators and whose corresponding surface is supported on a 4-punctured sphere; Robert Riley introduced this object in the 1970s while studying 2-bridge knot groups. The Riley slice is naturally embedded in \( \mathbb{C} \) and so is particularly amenable to study since one can draw pictures of it. Linda Keen and Caroline Series studied this embedding in the early 1990s via a family of polynomials which gave a foliation (local product decomposition) of the slice. We will discuss the Keen--Series theory and extend it to allow torsion elements as generators. We also discuss some new results of a combinatorial flavour and some applications. We aim for the exposition to be accessible to beginning graduate students, despite the high bar for entry to this subject in terms of prerequisite material.

If this sounds interesting, you might want to start with our expository article Concrete one complex dimensional moduli spaces of hyperbolic manifolds and orbifolds which we wrote to give historical and mathematical background: we aimed for this to be accessible to beginning graduate students with only a little complex analysis and topology knowledge. My thesis gives more detailed background to the study of quasiconformal deformation spaces and the relevant knot theory and low-dimensional topology, with references to graduate textbooks and the original literature, before discussing our new results. For the new results please cite our papers which are based in part on the thesis rather than the thesis itself, as this was joint work:

If \( X \) is a sufficiently nice variety, the Chow group \( A^*(X) \) provides a homology theory on \( X \); in fact, it admits a ring structure coming from the intersection product. It turns out that such a theory can be made to work on more general spaces, for example one can define a Chow ring for matroids; then the various Hodge-type results (Poincaré duality, the hard Lefschetz theorem, and the Hodge-Riemann relations) carry over. Various nice polynomials can be defined with respect to this generalised Hodge theory and the associated cones of 'ample divisors' (which turn out to be submodular functions); these are the Lorentzian polynomials of Brändén and Huh.

A Day of Geometry and Lorentzian Polynomials

At the end of May 2022 there was a seminar at the Institut Mittag-Leffler on the work of Branden, Huh, Katz, and various other people on Lorentzian polynomials and the geometry of matroids; before this event on Tuesday 24 May, I organised a very informal Zoom workshop on some of the geometric background material.

The final schedule was as follows (all times are CET). Many of the speakers have kindly allowed me to share their slides and/or lecture notes. 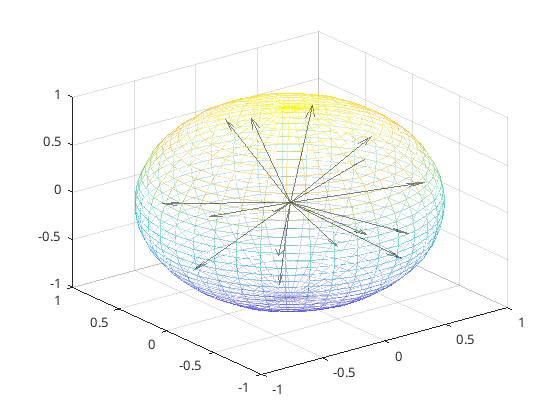 A spherical \((3,3)\)-design in \( \mathbb{R}^3 \) of 16 vectors. Spherical \((t,t)\)-designs are arrangements of points on the sphere (possibly with weights) which are spaced 'far apart from each other': they are finite sets in \( \mathbb{R}^d \) such that the integral over the sphere of each homogeneous polynomial of degree \(2t\) in \( d \) variables is equal to its average value on the set. There are generalisations of this definition to subsets of \( \mathbb{C}^d \) and \( \mathbb{H}^d \) (the \(d\)-fold product of the Hamiltonian quaternion algebra, not hyperbolic \(d\)-space!).

Shayne Waldron and I have a paper in preparation: Putatively optimal projective spherical designs with little apparent symmetry, computing various spherical designs in order to find those of minimal order; a large set of designs and near-designs are archived on on Zenodo at DOI:10.5281/zenodo.6443357. You can look at the code used to generate these on GitHub; it uses the Manopt optimisation toolbox. This work was was funded in part by a University of Auckland Summer Research Scholarship (2019-20). You can view the final report for the scholarship.

Spherical designs and sums of squares

I completed my BSc(Hons) dissertation in 2020 under the supervision of Dr. Jeroen Schillewaert.

In 2017–2020 I was a private tutor to various students in mathematics, physics, chemistry, and geography at a variety of levels from NCEA Level 1 (approx. 15 years old) to NZ Scholarship (the premier NZ college examinations for high-achieving students). I produced a wide range of teaching materials which have been tested on several different students and seem relatively successful on the whole. These materials can be found on a separate website. I no longer tutor privately and these notes are not updated any more, but I am happy to give advice or comment on possible errors.